Medicine for the Soul

Music is medicine for Kevin Guest’s soul. And forming The Free Radicals band more than a decade ago proved to be exactly what the doctor ordered.

The band, which includes several members with a connection to USANA, got a little help from Dr. Myron Wentz, USANA’s founder, as it sought out a name.

In the body, free radicals are unstable molecules that can damage cells. Of course, combating free radicals proved to be central to Dr. Wentz’s research.

“We thought, what a great name for a USANA band,” remembers Guest, the band’s bass player who doubles as USANA’s chairman and CEO. “In the early days of USANA, we used to bring in national acts to perform for our Associates. But whenever The Free Radicals played, we’d see more excitement from our Associates at the events. So, we decided to give our Associates what they want. It evolved from there into becoming a world-class band.”

Music continues to keep Guest grounded and helps him to live in the moment. It’s evident in his performances, which you can see by subscribing for free to The Free Radicals Band on YouTube. 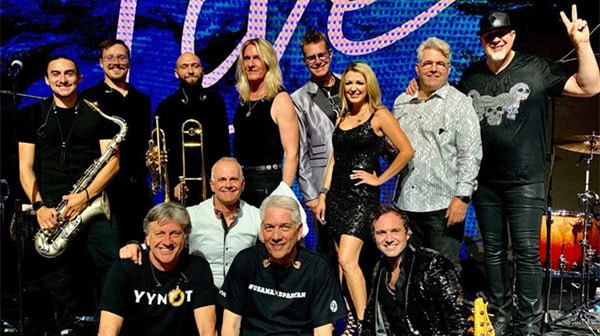