In the last 28 years, USANA’s received hundreds, if not thousands, of accolades. Third-party recognition is a testament to who we are as a company, and it’s something that makes me proud.

Toward the end of a Q&A session as part of the 2020 Americas & Europe Virtual Convention, I was asked what I’d like to be my USANA legacy.

It’s a complex question, but the answer, for me, is easy. I’d like my USANA legacy to be this:

That I’ve guided USANA in such a way that would put a big smile on Dr. Wentz’s face. And that he knows he made the right decision in giving me the opportunity to serve as CEO.

Over the years, I’ve spent time learning from leaders I admire. By listening to other perspectives, it helps me to put USANA in a position to be the best it can be.

Of course, I’m fortunate that USANA is a world-class company. I work with exceptional people and the products are the best of the best.

At USANA, we aim for excellence in everything we do. Excellence, after all, is one of USANA’s four core values. One way we measure excellence is through third-party accolades. 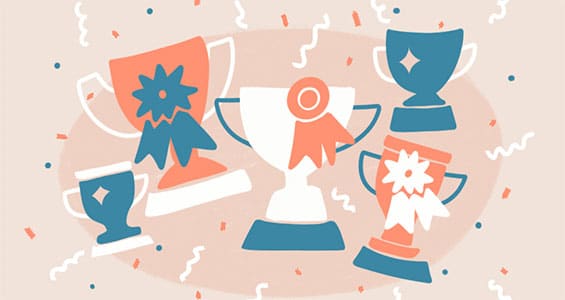 This article on What’s Up, USANA? highlights many accolades from the first half of 2020. As I mentioned in my most-recent e-newsletter, a few other accomplishments and accolades are worth mentioning:

Though not technically an award, the news last week that USANA joined forces with the Utah Sustainable Business Coalition, speaks to our continued commitment to our environment.

USANA pledged to reduce plastic waste in 2020 and beyond as part of its coalition efforts. Our first step in this pledge is to move to smaller bottles to reduce wasted space and to make the switch from plastic bottles to 25% post-recycled material bottles.

In addition, USANA is also an EPA WasteWise member, an EPA Green Power Partner, and one of 235 founding organizations of the Climate Registry.

You can read more here.

To everyone who continues to help USANA achieve excellence, I say thank you!