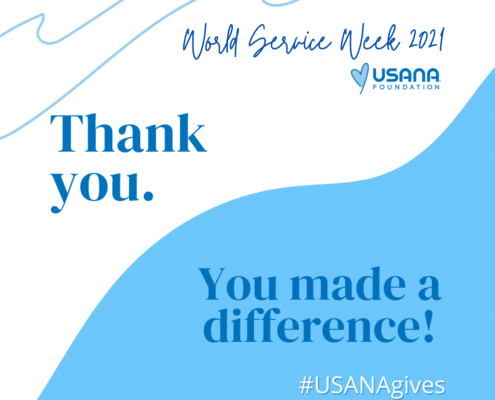 In a previous article, I encouraged readers to make a commitment to serve in their own communities during World Service Week.

The fifth-annual USANA World Service Week wrapped up on Monday. I took the opportunity to help a few neighbors who are going through some tough times. It’s not always easy to ask for help, so my family and I sought ways that we could potentially ease a burden or two.

Also, in last month’s e-newsletter (are you subscribed?), I asked for you to let me know your plans for the week. One email I received touched my heart, and I thank the author for allowing me to share it with all of you.

“I’ve thought about how I can possibly make a worthwhile contribution,” writes George Steciuk, a longtime USANA Associate, who lives in Winnipeg, Manitoba, Canada.

At age 76, George decided to run his first 10K. The next year, he completed a half-marathon. He’s run a half-dozen more since then, and this week, at age 84, George planned to run a 5K each day during World Service Week. 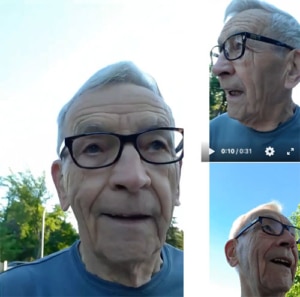 As he does regularly, he enjoys getting out in the fresh air to run. But this week’s 5Ks will serve a greater purpose.

Leading up to World Service Week, George shared his plan and asked his friends, family, and colleagues to show their support for him by supporting The USANA Foundation.

He’s incorporated his fundraising efforts into the USANA Canada 5K Walkathon, which, by the end of Sunday, had raised more than $10,000 from 216 donors.

For the last 25 years, George has been a valued member of the USANA Family. And last week, he did something truly special to benefit The USANA Foundation.

Here’s a great video of George during his first World Service Week 5K on June 14. And check out George’s Facebook for videos from each of the 5Ks he completed during the week.

Thank you, George, for your support, and for allowing me to share your story. We all cheered you on as you completed your daily 5K runs for the Foundation!

And thank you to everyone else who participated in World Service Week. You each made a positive impact on the lives of others.

Here are a few other notes you might enjoy from the week: 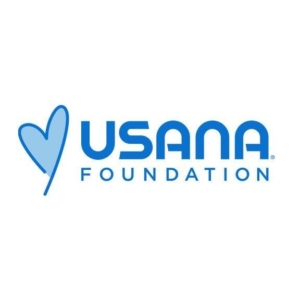 A version of this article originally went to e-newsletter subscribers on June 16, 2021.

World Service Week 2021: Giving Back to Your Community
1 reply