Music, as you know, is medicine for my soul. I’m not sure where I would be without it. In honor of USANA’s 30th anniversary, which we’re celebrating in 2022, I provided a Top 30 list of many of my favorite songs. 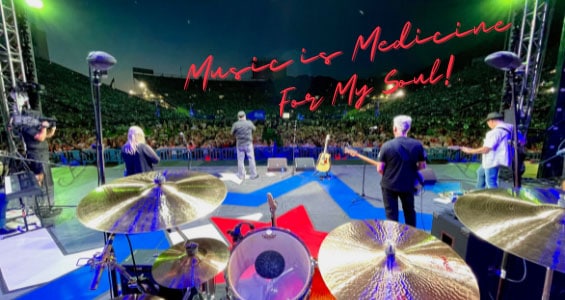 Kevin Guest is up to his ears in music.

Though in all fairness, he always has been. The future USANA CEO grew up the youngest of five in Kalispell, an idyllic small town nestled in northwest Montana. His dad played in the local symphony, his mom was a pianist—and both nurtured a passion for melody in all their kids. “Music was always ringing throughout our house,” he says.

Over the years, Kevin picked up experience with multiple instruments—piano, drums, guitar—but ultimately, he gravitated toward his true love, the bass guitar. “The bass is the entire heartbeat of the musical experience,” he says.

And his fondness for harmony and plucking the low-pitched string instrument has led to a wealth of opportunity.

Kevin leveraged his passion to support his higher education and budding family. Throughout college—six nights a week—he made a living playing for a country band in venues across Wyoming, Idaho, and up and down the Salt Lake Valley. “I’ve played every bar on State Street [Salt Lake City],” he says.

In the early ’90s, Kevin landed a producer gig on Turn Up the Volume, a show that followed rock stars around documentary style. The madcap production gave Kevin the chance to tour with Poison, Bon Jovi, The Scorpions, and a slew of other notable rock bands.

He’s an unabashed fan of rock and roll, especially a certain history-making quartet. “My love for the Beatles goes as far back as I can remember,” Kevin says. And the superfan has been lucky enough to have met both Ringo Starr and Sir Paul McCartney. He’s seen the latter in concert on three separate occasions, too. 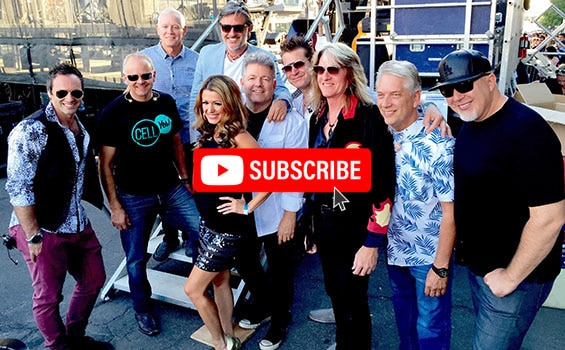 Music as Medicine for the Soul

Kevin’s life—so far—is packed with an untold number of musical experiences he wouldn’t trade for the world. He’s had the pleasure of sharing the stage with the likes of Collin Raye, Kenny Loggins, Eddie Money, REO Speedwagon, and Belinda Carlisle. His talent and hard work even led to two performances at the Grand Ole Opry. “I’ve been so fortunate to either meet, work with, or play with almost every one of my music heroes,” he says.

But it’s much more than a hobby or a chance to meet his favorite artists. For Kevin, nothing is more important than relationships—and music plays a massive role. “Music is a universal language and a way to connect,” he says.

Music provides comfort, creates bonds, and builds comradery—and Kevin is sharing a piece (or 30 pieces rather) of his devotion with us.

In honor of USANA’s 30th anniversary, our CEO/resident rock and roller provided a list of his 30 favorite songs (below, in no particular order). “If you were to sit in my car with me, this is the music you’d hear,” he says.

Odds are one or two of these tracks will strike a chord with you. If they do, let us know which ones in the comments.

“Let it Be” is really about being present—that there will be an answer and things will work themselves out. One of the things I struggle with is being present. I’m always worried about what might happen or what did happen versus just being in the moment—and this song helps me.

When I think of the Eagles, I think of “team”—the group of people being stronger than the individuals. There are very talented individuals on the Eagles, but as a group they’ve achieved greater success. Applying that to our lives—working together versus trying to do it by ourselves—makes life much more beautiful and meaningful.

“Listen to the Music”—The Doobie Brothers

“No End to This Road”—Restless Heart

Music is medicine for the soul, and this song is the perfect example.

“Ain’t No Time to be Afraid”—Little Texas

“Every Drop of Water”—Ricky Skaggs

The message in the song really resonates with me. It reminds me that everybody has value and worth and—like every drop of water shapes a stone—our experiences shape who we are, the good and the bad. And we need to take all those experiences as a blessing.

I sat in a room with Klaus Meine, the lead singer of the Scorpions, as he talked about this song. He said that at the time, he was inspired by the fall of communism in eastern Germany and the Soviet Union. For me, it’s about how we need peace in the world.

“Show Me the Way”—Peter Frampton

One of the problems with the world today is that people don’t stand for anything and don’t believe in anything. They’re just kind of letting the tides of the world swallow them up. You need something to believe in. I’m not telling you what to believe—just believe in something.

“You’ve Got a Friend”—James Taylor

This one was written by Carole King, who in my opinion is probably one of the greatest American songwriters…ever. Just look at the diversity of hits she has and all the different artists who have recorded her music. I love the James Taylor version of this one and the message.

Music is Medicine for My Soul
0 replies

The Turn Up the Volume Principle: Prepare, and Then Go, Baby, Go!Kindness Counts: 5 Ways to be Kind During National Civility Month
Scroll to top